So the hat? The embroidered hat? Yeah, it has a lot of ends. Because, well, every piece of yarn you embroider with has two ends, and that’s just how yarn works, and I’m not actually cool enough to change the fabric of reality. 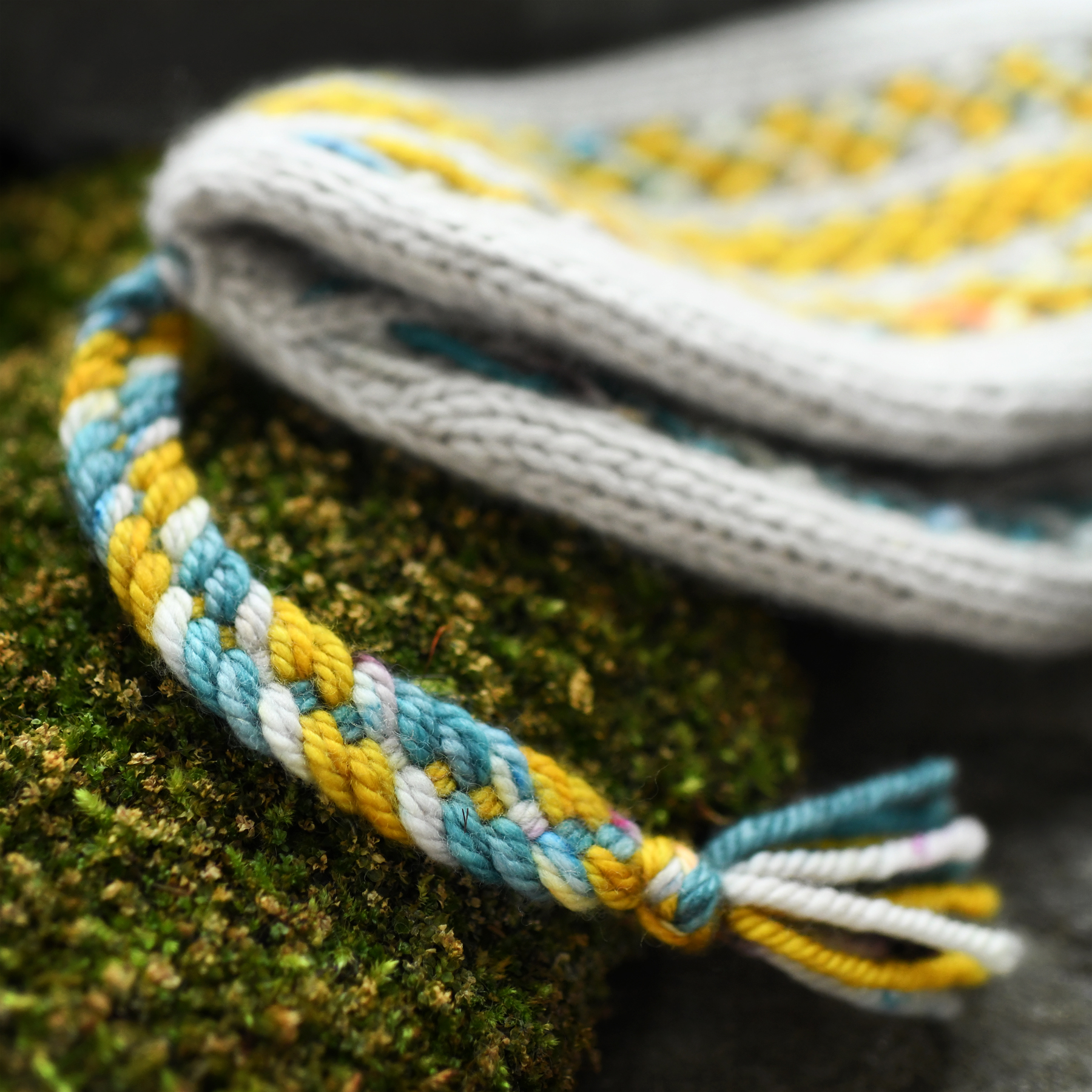 I can give you something else to do with at least half of those ends. I ran mine out the top and braided them then tied them in a knot.

The braid’s much lighter than a pompom, so it doesn’t feel heavy or flop around when you move your head like pompoms sometimes can. Plus it’s alarmingly adorable. And yeah, sure, fine, you don’t have to do it (or you can do a shorter braid, or you can even do a short braid and leave it inside your hat as a secret only you know about). But I’m pretty sure we should be doing this sort of thing more often!

The pattern is due out later this month (as always, barring catastrophes between now and then). We’ve been here before, you know what to do if you want to hear when it’s out!