Unspooled is out! This one is free for (and exclusive to) my patreon supporters for the next couple of months. 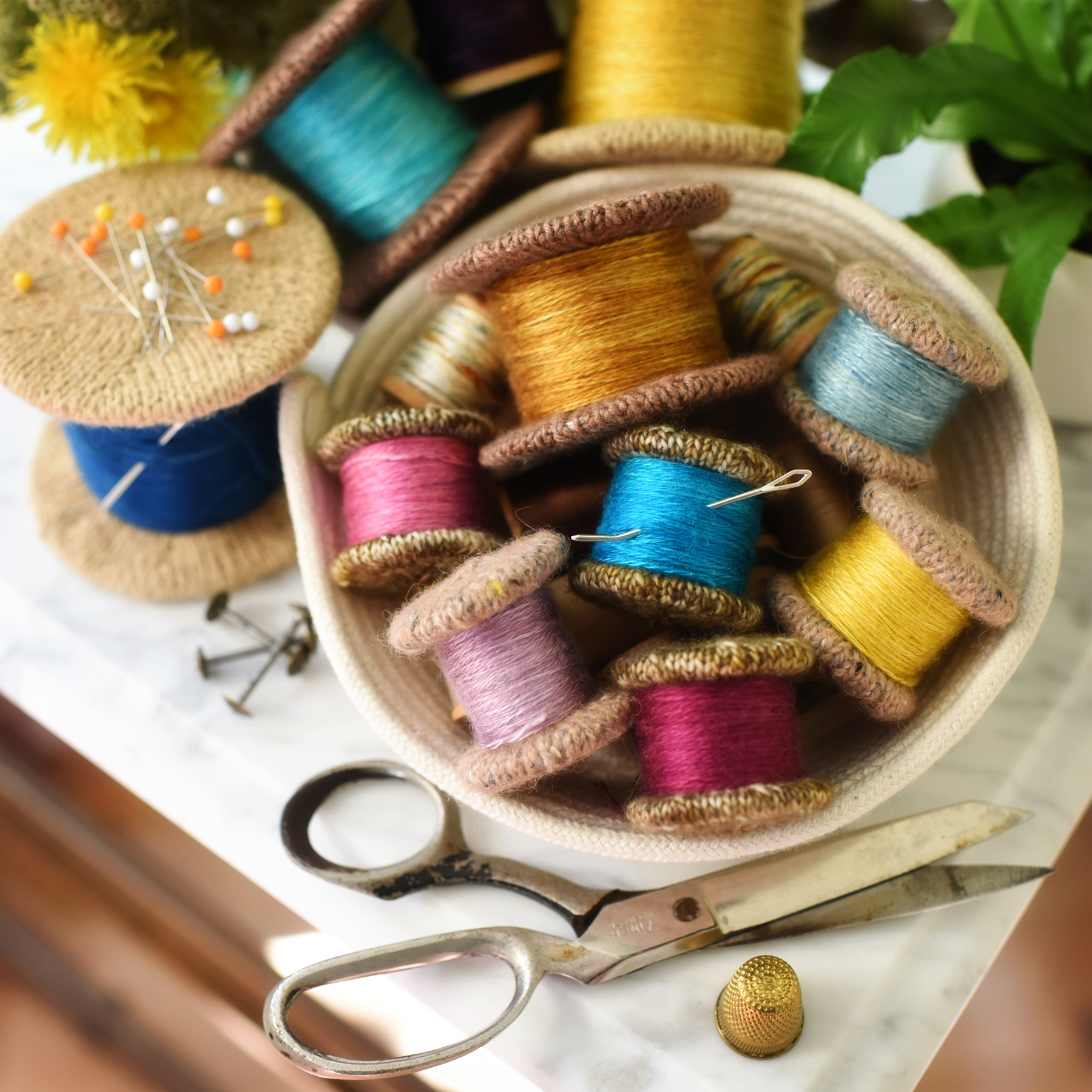 If you’re already on my patreon, go check your email or log in to patreon, and you’ll see the pattern there waiting for you!

If you’re not on my patreon, I’d love it if you’d join us! Everyone, at every level, gets a copy of the pattern when they sign up. (Yes, even if you join at the tiers that cost less than the pattern does. And yes, it’s totally fine to subscribe, get the pattern, and then unsubscribe. It’s cool, I won’t be upset!)

This pattern is what happened when I tried to get properly into sewing.

As is traditional when taking on a new obsession, I bought all the tools and materials to make one project, made it, became enraged by the perfectly normal flaws you’d expect to find in an early sewing project, decided the way to fix those flaws was by sewing many more things, bought the tools and supplies for said things…and then left them moldering in a heap in the back of my closet, untouched by human hands, for several months.

Because that’s what ADHD brains do. They’re just like that. I’m pretty much used to that at this point. I suspect more than a few of you understand.

But somewhere in that middle part when I was actually trying to sew and was surrounded by bits of pretty color and texture, I started wondering if I could knit a spool. Apparently the answer was yes. And then they turned out to be adorable, because of course they were, how could they not be. 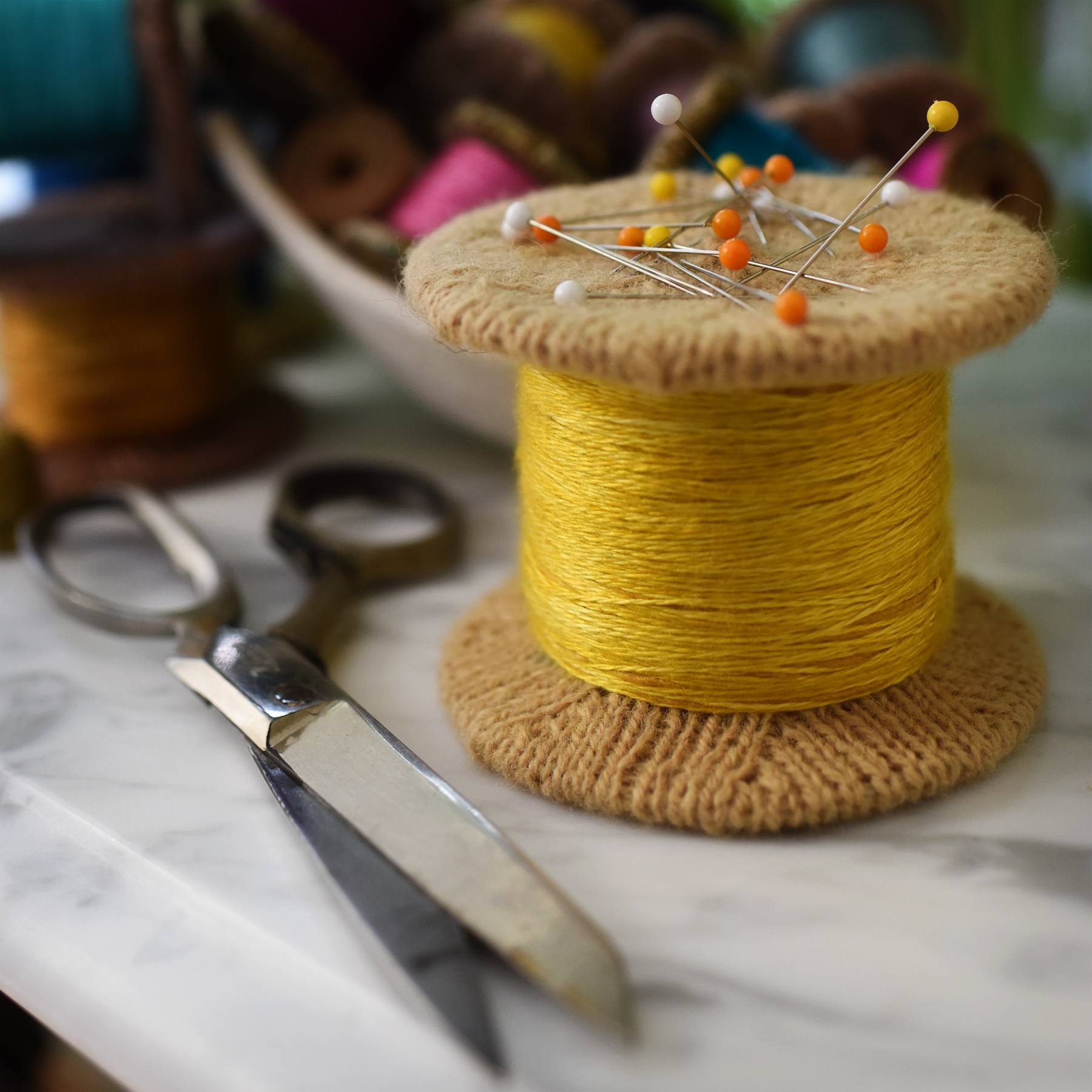 And at some point, I decided to make some big ones, sneak in a few magnets, and use them as pin trays/pattern weights while I sewed. Which pushed them over from just adorable into technically sort of useful under just the right circumstances.

And while it hasn’t quite been enough of an enticement to get me back to my sewing machine just yet, I hold out hope. Maybe if I make a couple more it will do the trick…

Once again, the pattern is called Unspooled, and it’s free to anyone who joins my patreon by the end of the month! 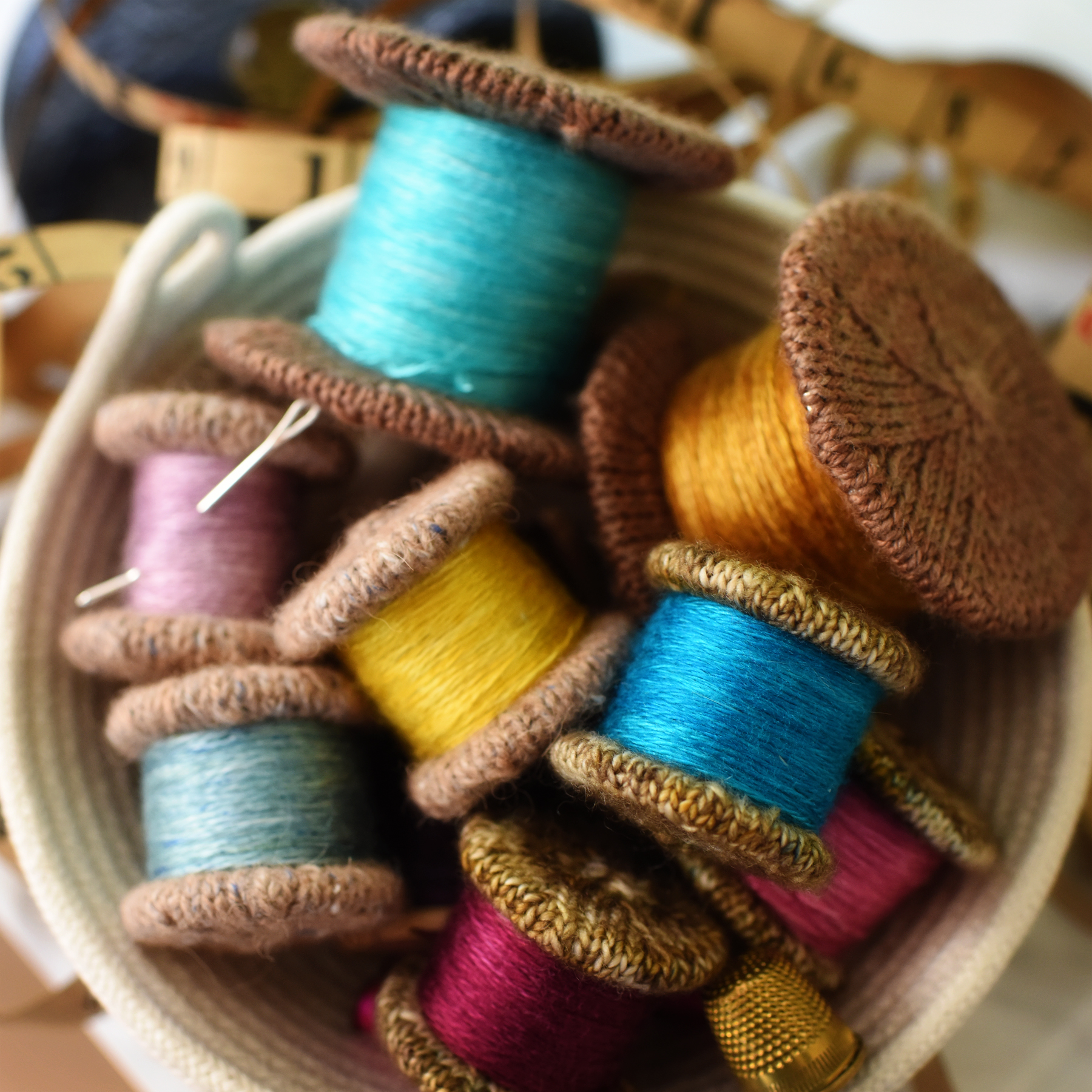