Wanna see The Single Most Disappointing behind the scenes photo ever? I mean I’m assuming yes, because people are like that… 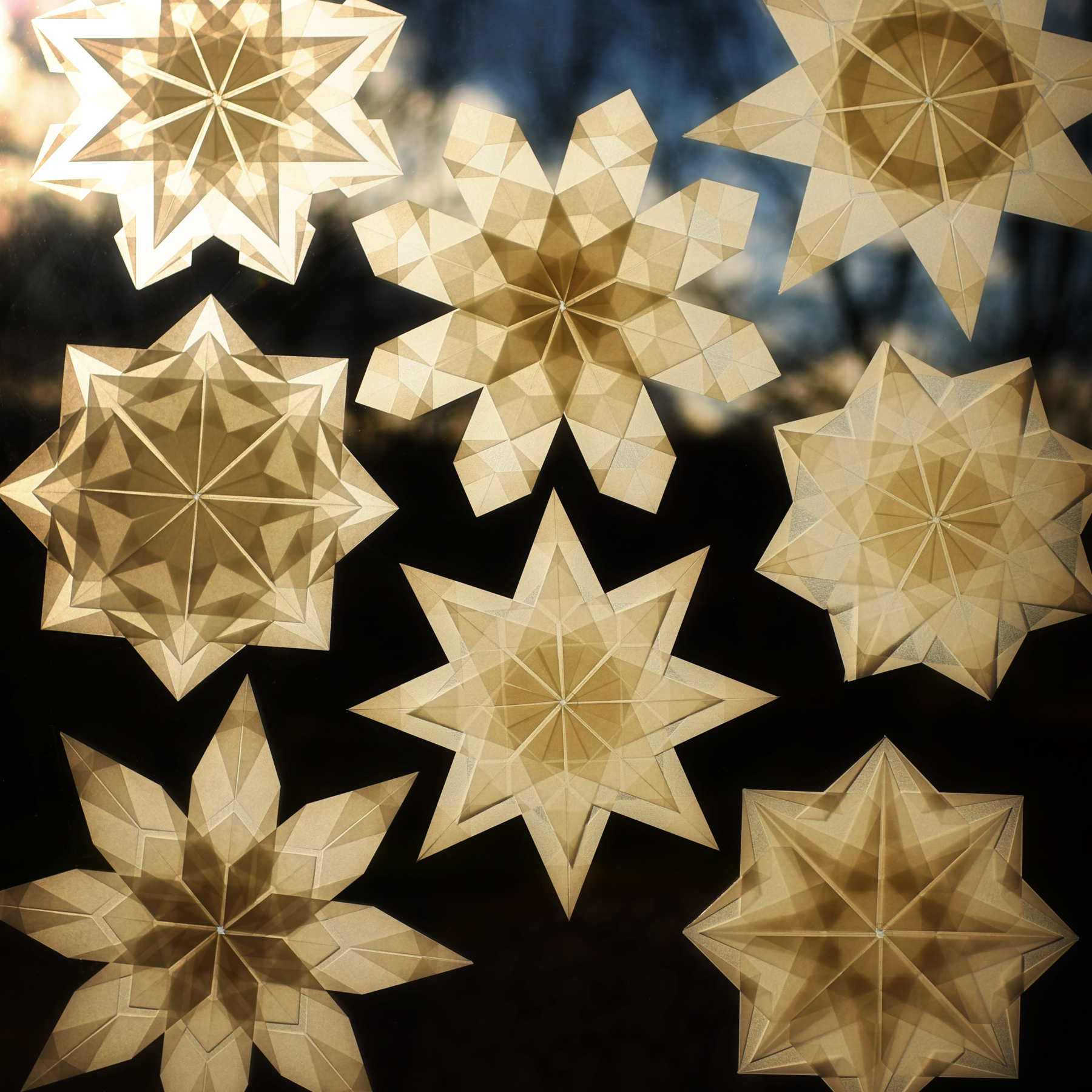 The stars that look achingly beautiful and downright ethereal and almost enchanted once you have them in the window with the light of a brilliant winter sunset streaming through them?

The stars that can, through nothing more than geometry and light, make midafternoon sunsets almost bearable?

The stars that soothe my very soul with the power of tidiness and order?

Yeah…you wanna see how I took photographs of those delicate little slips of joy? 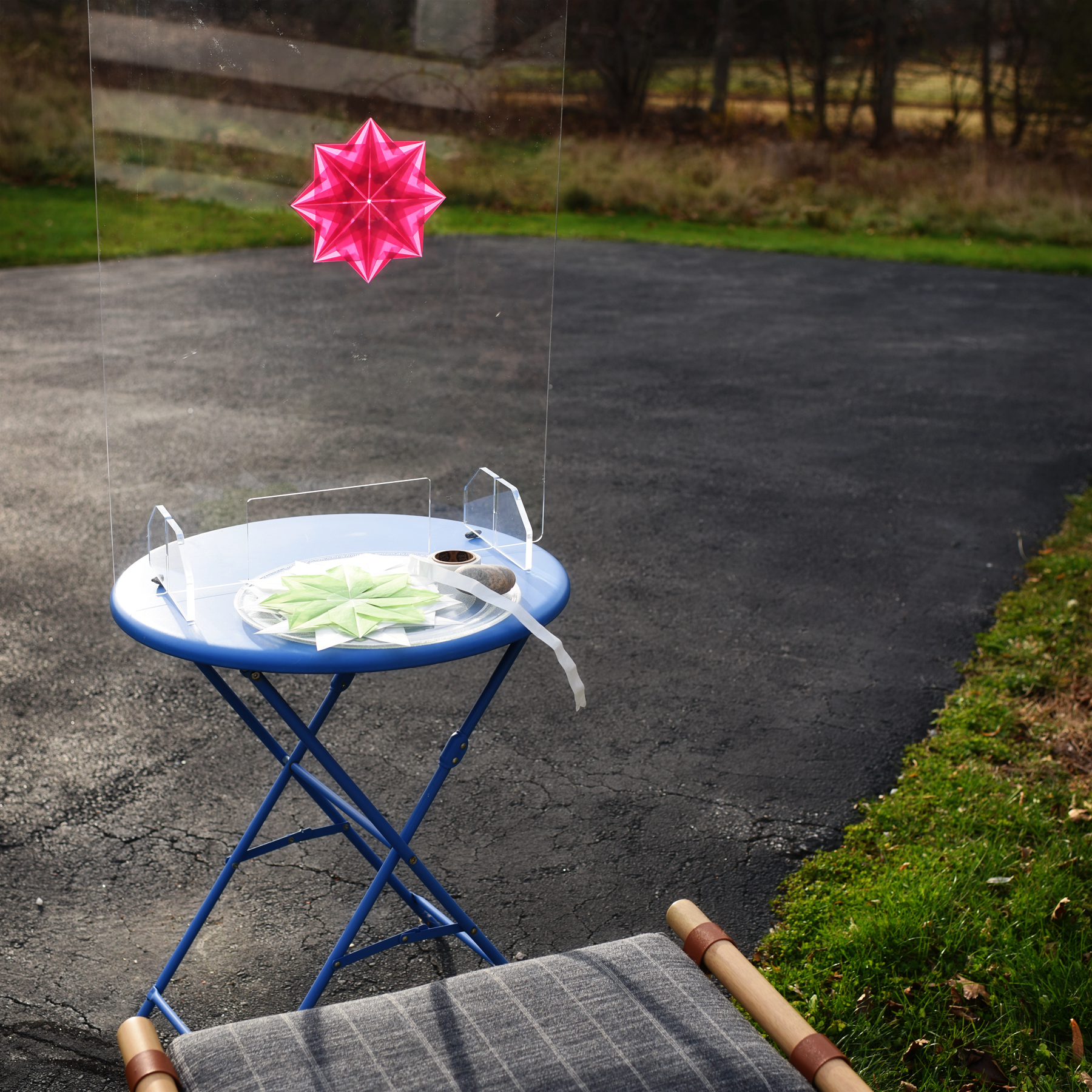 Yup. Yup I dragged an ancient patio table out of the garage, lugged the shoe bench out of the front hall, set them up on my driveway, and stuck the stars up on a sneeze guard. Bonus points for the glass tray from the old microwave that I’m using to keep the stars off the rusty table and the rock I’m using as a paperweight to keep them from blowing away as I take photos.

The next time someone asks what the weirdest thing I’ve bought for work is, I get to say ‘sneeze guard!’

The star book will be out Wednesday, November 30. Anyone in one of the patreon tiers where you get stuff (that’s the Utter, Rampant, or Complete Nonsense tiers) between then and the end of January 2023 will be able to download it as part of their membership (it may be for sale elsewhere later, but it will only be available to patrons until at least the end of January).

If you want to make some of your own, wander over to patreon for more details (you’ll find a post there with links to the supplies I use if you want to have paper on hand when the book comes out)!